When we heard that Kevin Childerley was growing vegetables and raising fish in a parking lot, we wanted to see for ourselves how Aquaponics, a closed loop system works.

When we arrived at the site, we were greeted by Kevin Childerley, an enthusiastic and entertaining Aquaponics proponent. “Welcome to Santa Barbara Aquaponics!” he told us as he opened the gate to let us in. “This is our first system. We’re trying things out and seeing what works and what doesn’t.” Kevin then led us over to a tank, filled with Channel Catfish which we observed with an “AquaScope.” (a plastic tube Kevin made that’s used to view the fish underwater.)  The fish looked healthy and were actively swimming about. Kevin explained that the fish poop is filtered in a bio-filter and is then used to fertilize the tomato, kale, chard and other plants growing in the floating trays that comprise the Aquaponics system. Aquaponics isn’t a new method of growing food. It’s been around a long time and is a combination of hydroponics and aquaculture. The promise of Aquaponics is that food and fish can be grown in places with degraded soil, in urban areas and as Kevin and Santa Barbara Aquaponics are now demonstrating, even in a parking lot. 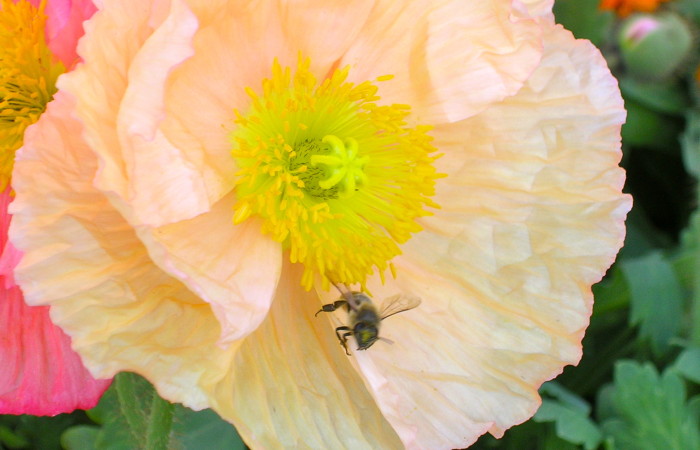