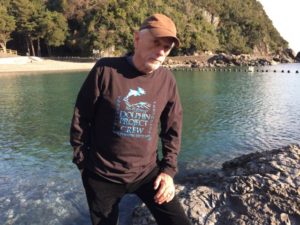 Episode 46: Former trainer of television’s Flipper, Ric O’Barry has spent the last 37 years working to stop the capture and  confinement of dolphins. O’Barry is the subject of the new documentary, The Cove. Winner of the Audience Award at the Sundance Film Festival, the film exposes the dolphin slaughter in Taiji, Japan and the cruelty of the captive dolphin trade.